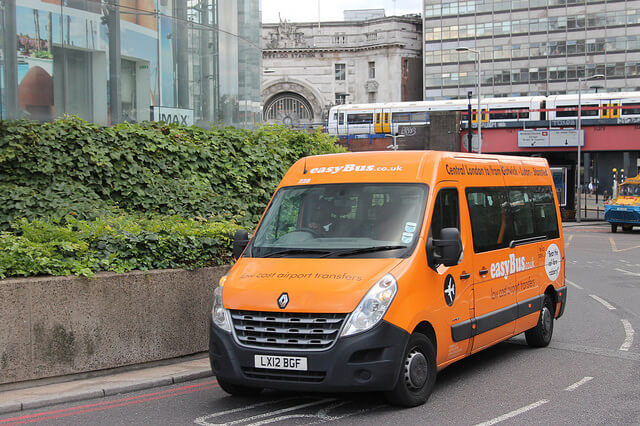 Getting a ride on the Paris-bound bus from the Charles de Gaulle just got a whole lot cheaper as easyJet launched its competitive shuttle service easyBus.

Riders can purchase tickets online from easyBus which offered the first promotional tickets for just €2 per head which is more than 80 percent cheaper than the bus and train.

The buses are expected to make approximately 80 trips a day, with the first bus of the day scheduled to depart from Palais Royal/Louvre at 5:45 am and the last bus to leave from Terminal 2 at the airport at 1am.

A one-way ride will take approximately 45 minutes to one hour.

Once all the cheap ticket promo have been sold out, easyBus guarantees to be the less costly airport shuttle option at the airport, however the price will vary depending on what time of the day people catch a ride.

Normal bus service will cost €2 per person up until 8am, €5 until 10am, and €8.50 until 2pm. After those times, a typical ticket is expected to cost about €10, which is the same price as the city’s train.

The news has come with great relief for many travelers caught in the middle of strikes that regularly hit the RER service.

Currently one-way tickets with the other airport bus services cost €11 and €17.

Paris is considered as an expensive city to visit. By providing airport transfers of value throughout the year, easyBus will help its travelers to go the extra mile with their euros which means more chances to benefit from what Paris has to offer.

On Wednesday the European Commission approved the French rail operator SNCF's takeover Eurostar however said it must allow new rivals...