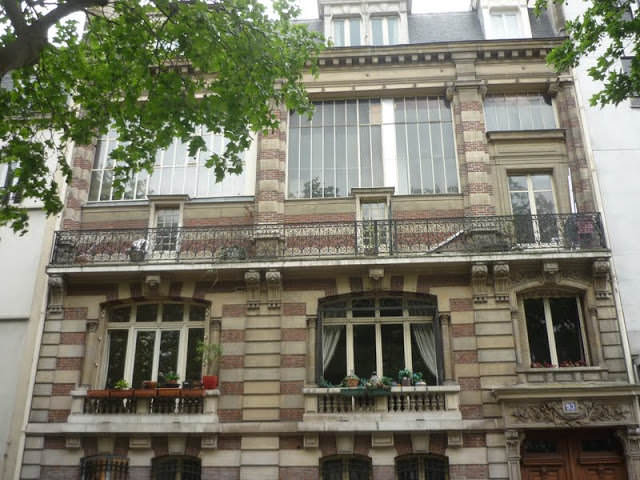 If Parisians seem more sexually sophisticated, it’s only because they’ve had a long time to perfect their naughty ways. Paris is a city where the quest for joie de vivre has long been taken to its debauched extremes, with a reputation as a capital of forbidden pleasures and illicit indulgences spanning centuries.

Between 1880 and 1914, Paris was considered the world capital of pleasures until the end of, the country’s legalized brothels known as maisons closes, or “shuttered houses” were renowned among travelers for their lavish paintings, sculptures and décor. In the belle époque, dozens of impecunious French artists helped decorate the most palatial of these bordellos for a little extra cash, including the young Henri de Toulouse-Lautrec. By the early 1900s, “fantasy brothels,” which offered Disney-style themed rooms along the lines of Versailles, Venice and the Orient, even opened themselves up to tourists by day. Among all these pleasures were those now illegal. At the Belle Époque, there were no fewer than 224 brothels in Paris, and a hundred in 1946. Unlike other European cities, where prostitution was also tolerated, sex in Paris was more class. Healthier first, with girls weekly checked by doctors, and better, appreciated for its “cocottes” meticulously chosen for its aristocratic and bourgeois clientele. These popular areas, which were hotspots of Paris prostitution for several centuries, have also known in their history streets with suggestive names.

Rue du Petit Musc, in the Marais, was called up to the 18th century the rue de la Pute-y-Muse (meaning “Stroll-Whore Street). Or in the area of Les Halles once existed Rue Gratte-Cul (Scrub-Ass Street – now rue Dussoubs) or rue Tire-Boudin (Fat-Lump-Laid street now rue Mary Stuart). One of the most exclusive brothels in Paris at its golden age, Le Chabanais, founded in 1878, was without any doubt the most prestigious. It offered lush and luxurious rooms, attracted international celebrities, with its most famous client being the future King of England Edward VII, who had a private room booked throughout the year. Many famous artists, including Toulouse-Lautrec, lived in these brothels, which occupied magnificent 17th and 18th century mansions. Other prestigious houses of that time were called the One-two-two (122, rue de Provence, 8e arrdt), le Sphinx (31 boulevard Edgar Quinet, 14e arrdt), or La Fleur blanche (6 rue des Moulins, 1er arrdt).

From the age of sexual enlightenment to the sexual revolution Parisians began openly practicing what was once carefully hidden behind locked doors. Inspired by the enlightenment ideals of atheism and antiroyalism, the pre-revolutionary intellectuals known as “libertins” denounced religious conventions such as chastity and monogamy. The French cabaret scene emerged alongside the brothels at the end of the 19th century, particularly in Montmartre’s red-light district of Pigalle. This was a colorful and raunchy world, immortalized in the paintings of Henri de Toulouse-Lautrec, which allowed men and women of all classes to escape the usual rules and social barriers. The brothel girls who made up the original dancers at the famous Moulin Rouge, opened in 1889, performed a vulgar and provocative interpretation of the traditional working-class party dance known as the Cancan. As the popularity of dance hall entertainment grew, the “working girls” were replaced by the professional dancers who continue to impress us today with synchronized high kicks, rather than sexual high jinx.

Today, many of promiscuous Paris’ landmarks bear little resemblance to their past sultry selves, and visitors seeking often find that the erotic has long since given way to the hardcore. Pigalle is overrun with peep shows, hostess bars, and pushy sidewalk hustlers preying on male passers-by. On the flip side, sexuality is such a commonplace and commercialized aspect of the modern cityscape that it’s become almost banal. Paris red light districts aren’t just for tourists. The world famous Pigalle district entertains thousands of newcomers each night. Paris’ red light districts offer some of the finest prostitutes and brothels in Europe.

Red light brothels in Paris continue to be a hot topic, with French working girls keeping up with the growing demands from business travelers and tourists. Paris brothels and red light areas like Pigalle are teaming with thousands of ladies of the night. Not that you would ever visit a red light district during one of your visit, but as a matter of sociological research, it’s still important to be well-informed. When it comes to society’s seedy underbellies, local laws and customs vary by country.