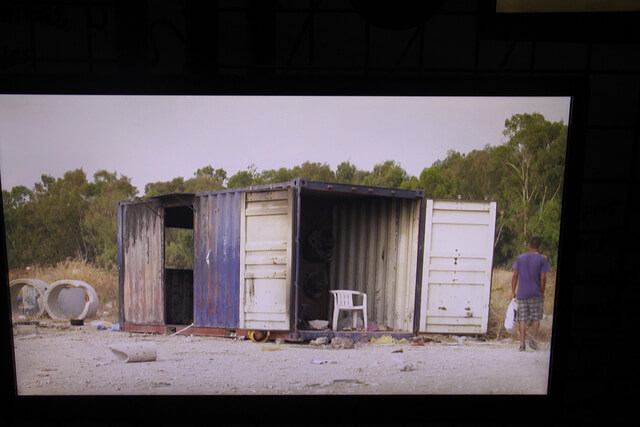 Over the last few weeks nearly 500 refugees who travelled to France on notorious migrant boats across the Mediterranean have set up camp in two locations in the heart of Paris.

Many of the occupants are mostly from Eritrea, Sudan and Ethiopia.

One camp is located near the Gare d’Austerlitz close to the river Seine and the other is located underneath Metro tracks around the corner from the Gare du Nord and the Eurostar terminal.

The Gare du Nord site is home to approximately 250 migrants who spend their time huddled in the tents that have been provided by charities.

It is not in the most upscale part of Paris, however just a short walk from the Sacre Coeur Basilica and Montmartre.

One of the charities providing basic essentials is Emmaus Solidarité, which has been tasked by the city of Paris with coordinating efforts with various humanitarian associations.

The location of the camp near La Chapelle Metro is easy for the migrants, most of who are only in Paris as a stopping to their final destination of either the UK or Norway.

The migrants rely on charity soup kitchens or the goodwill of citizens to provide them with food and a little money. Several portable facilities have been set up around the camp.

The site is filled with empty water bottles, tattered mattresses and blankets from those who have moved on.

Some of the migrants state they have been told they will have to leave soon as the camp will be closed when the summer tourist season begins.

Many of the migrants made the perilous journey from the Horn of Africa and across the Mediterranean with the help of traffickers’ boats, several of which have capsized in recent weeks leading to the deaths of hundreds.

Once the migrants arrive in Paris penniless and without official papers, most of them just have the clothes they traveled in.

Best bistro’s in Paris
Unemployment on the rise in France
Cheap Hotels in Central Paris
Rooftops go green all over France
Comments: 0

French language may be required on all flights to Canada

It may soon be obligatory for all airlines serving Canada to ensure French speakers are among the crew and all...