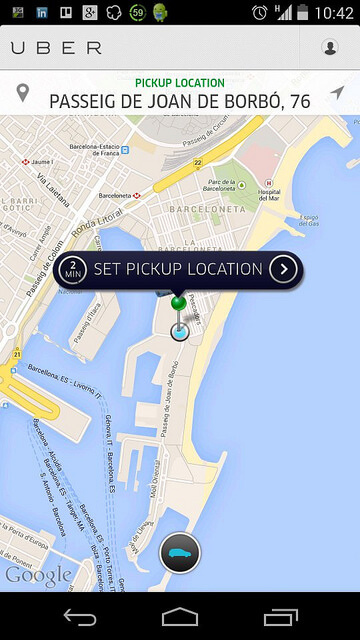 The union of French taxi drivers have declared there will be issues if the government does not ban the ride-sharing service UberPop within the next 15 days.

In a letter addressed to the French Prime Minister, unions warned that they would take action if the government did not enforce to ban UberPop. UberPop is a service which puts nonprofessional drivers in touch with passengers via their cell phones or website for rides at budget rates.

UberPop is technically illegal in France, due to a raft of new laws brought in last year. However the company is appealing a €100,000 fine they were penalized with last year. The court has postponed its decision until September which means Uber are still permitted to run the app.

Under a law introduced on January 1st French police are allowed to hand out fines if they catch UberPop drivers and it is estimated in the past three weeks alone around 250 Uber drivers have been fined.

Founded in 2009 and operating in approximately 250 cities in 50 countries, Uber has become an object of irritation from traditional taxi companies.

Uber’s founder Travis Kalanick said the system would create 50,000 new jobs in Europe in 2015, and help take 400,000 cars off the road by encouraging drivers to use taxis instead of their own vehicle.

Located in central Paris on the fabulous rue du Faubourg Saint-Honore, Le Bristol Hotel is considered by many to be the...