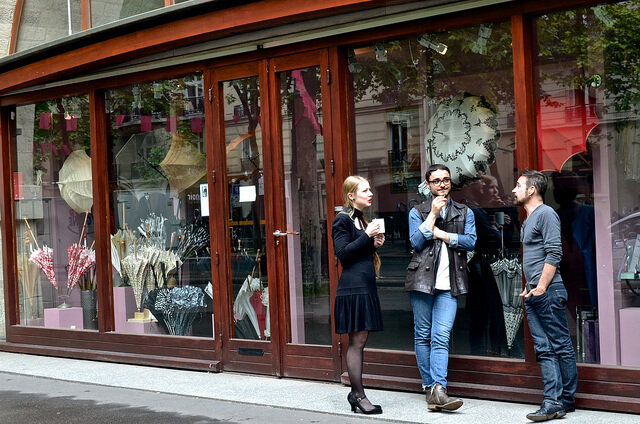 City officials have sent a reminder to police that if Parisians continue to ignore laws that ban smoking inside closed off cafe terraces, then police shouldn’t hesitate to crack down on the smokers and cafe owners that do not abide by the rules.

Officials speculate that passive smoking contributes to approximately 10 percent of the 70,000 deaths in France due to smoking each year. Police are therefore urged to take stronger action in enforcing the law, with a smoking ban in place since 2008 for enclosed places and in 2013, a Paris court ruled that smoking in close-off terraces was also illegal.

A terrace is defined as open as long as no more than three sides are closed off.

By the guidelines of the law, if a cafe owners allows their customers to smoke in closed-off terraces they would face a fine of €135 to €750 if smoking is encouraged and smokers would be liable for a €68 fine.

There are approximately 45,000 closed terraces in France which could mean police would be required by law to monitor all of them.

With the ban on enclosed smoking in 2008, bar and restaurant owners begun constructing outdoor terraces to allow clients to smoke at their table while being sheltered from the elements.

In addition a healthcare bill is being considered by the French parliament that would ban smoking in cars where children are present along with and electronic cigarettes.

Customs and Etiquette in France
Musee d’Orsay in Paris
Gay support in Paris on the rise
Baby born on Air France flight to Paris
Comments: 0

Hotel Baltimore, located in the heart of Paris, is a luxury hotel near some of the city's most beautiful and...