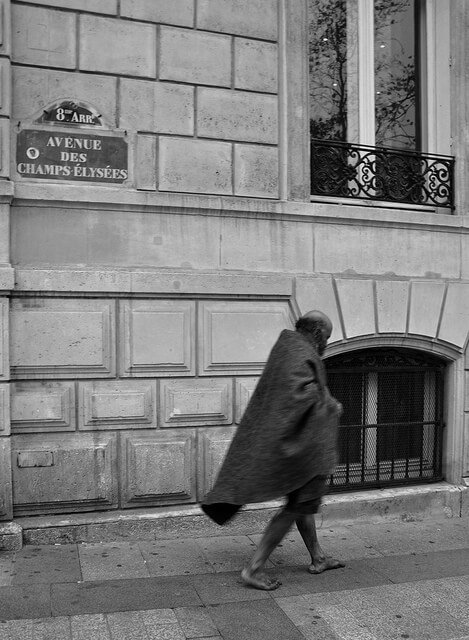 April marks the beginning of eviction and ends the winter truce. Beginning April 1 the winter truce will come to an end, which means French landlords will have the right to evict tenants and many homeless people will find themselves out on the streets.

Winter truce takes place for five months from November 1st to April 1st in which landlords are not legally allowed to evict tenants for any reason. The truce is meant as a measure to ensure people are not forced to become homeless and sleep on the cold streets during winter.

Beginning April 1st, police can start enforcing eviction notices that have been piling up throughout the winter months. The rules of the truce prevent landlords from cutting off gas and electricity to tenants during this time period however it does not cover those living in buildings considered dangerous.

The law is highly debated, and hundreds marched in Paris against the fact that many people are going to become homeless this week. It is estimated that between 80,000 to 100,000 people across the country could be effected by eviction over coming months.

In addition, it is not just those who’ve had homes that could soon be evicted but also April 1st is when the state closes many emergency housing for homeless that was set up set up during the winter months. It is estimated the emergency housing closure will affect around 8,000 people.

Critics state the government needs to build more affordable housing so this crisis does not continue at this volume.

Statistics indicate that approximately 115,000 families were subjected to court ordered evictions in 2012, which has increased by 37 percent in the last ten years.

The more adventurous travelers prefer to see the sights of the city with just a map and their sense of...