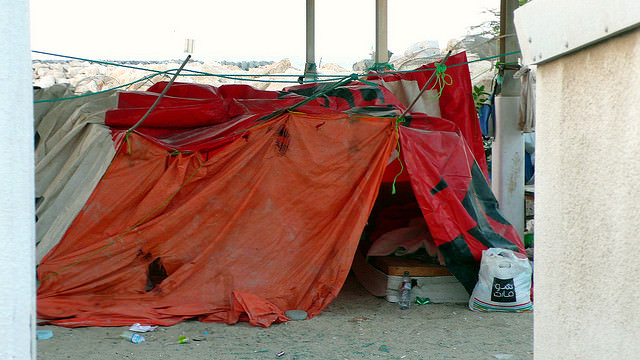 Approximately one mile from the Montmartre community in Paris exists a small collection of tents that house people mostly from East Africa that are looking for asylum.

Many of these people are seeing asylum in Paris and have received permission but are awaiting formal appointments and housing before being able to leave the tent shelters. This process for some has taken more than a year and a half and is still waiting for news when the process will be finalized.

France has one of the highest populations of asylum seeking individuals. It is estimated the numbers run into the 60,000 and approximately 40 percent of these individuals reside on the streets of Paris, many in tent communities.

French law states that asylum seekers have the right to government assistance while their application is being processed. The problem is that due to the high volume of applicants, France is struggling to meet the needs of the applicants, which is forcing them to live in unhealthy tent communities.

A current amendment in the French parliament is in place to address the issues. This bill would reduce the time it takes process applications.

The Louvre reacted in horror to the destruction of priceless artifacts by Iraqi jihadists. In a recent video display of...