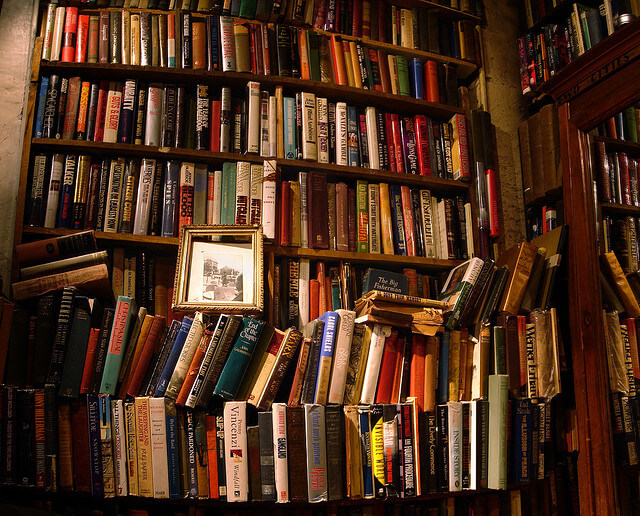 If you are an avid book connoisseur or would enjoy a quiet place to read for relaxation, Paris offers a pantheon of historic spots that double as worthwhile attractions in and of themselves. At these bibliothèques, you are free to camp out as long as you like in order to avoid the busy bustle of the streets, as well as to check out their marvelous architecture and grand design. At most of these locations, access is free. Below, we will take a look at a few of these historic libraries!

The Marzarine is a grand and lavishly decorated library and also advertises itself as one of the oldest in France. It was once the personal library of Cardinal Mazarin and opened as a public library in 1643. Today the library forms the principal building of the Institute of France. Its collections hold over 4,500 manuscripts as well as documentation for European history from the 16th – 17th century. While many books are secured behind class cases, visitors can request to see certain collections in person upon request.

It is recommended you stroll along the grand, L-shaped reading room and underneath each of the wooden columns are marble busts, some of which date from antiquity while others are constructed in the French neoclassical design. Towards the back of the library you’ll find displays that house exhibits some of the library’s most prized holdings, including some magnificently bound bibles.

The Sainte-Genevieve contains approximately 1 million volumes in this encyclopedic library along with collections of journals, publications and books. The specialty of this library is their offering of resources in Finnish and Scandinavian. The library opened in 1851 and was one of the first buildings to utilized cast iron in its construction.

This is the principal site for the National Library of France. The design of the library consists of four skyscraper towers of glass that resemble four open books facing each other. In the middle of the plaza a large and sumptuous garden.

The reading rooms are modern and comfortable, but perhaps not as spectacular and grand like the other libraries. The main advantages is that the reading rooms offer more in the way of books that you can pull off the shelf and peruse, in addition to excellent exhibitions.

Other notable libraries under the BNF include:

If a tour interests you BHVP offers an opportunity to learn more about Paris History by visiting the Historical Library of the City of Paris and the Paris City Hall Library. At the Bibliothèque des Amis de l’Instruction you will also discover the oldest rental library of Paris.

The Paris City Hall Library invites you to visit its collections of official publications, legislative, regulatory and local and national parliamentary documents. Over 130 years of important and up-to-date collection of publications from elected officials and city services has been gathered and are housed here.

Historical Library of the City of Paris

The Historical Library is located in the Hôtel Lamoignon, and stores more than a million documents about Paris and Ile-de-France region. Its collections are enriched with donations and acquisitions that cover all aspects of Paris history since the Antiquity.

Was founded in 1861, and was the first Parisian rental library. This library has kept its décor and 19th century collection that makes it one unique place located in the Hôtel de Gourgues, in the Marais area.

Other Quaint Places to Read

This is considered one of the best English language bookstore in. You cannot miss the store as it is distinguished blue doors and is tucked away on a tiny street. The two-story store is packed with an extensive selection and ran by crackerjack staff who loves to talk about what they’re reading in the United States. Be sure to check out the reading series that draws big names.

The store is legend and you will find whatever you are looking for here. Things of interest you may not know is you are an up and coming writer and have an unpublished novella, enter The Paris Literary Prize which is sponsored by the store. The winner of the contest will get a weekend in Paris, a reading, and monetary prize. The store also hosts Festivalandco, which is a free biannual literary festival that brings well known writers together.

This event is one of the biggest and most popular English open mic nights hosted in Paris. It is traditionally held at Au Chat Noir (76 rue Jean-Pierre Timbaud, 11th arrondissement), however check their website in case it has been moved. Each participant gets five minutes to read, in an engaging and supportive atmosphere. Readings go from 9 p.m. to midnight.

This library is located two blocks from the Eiffel Tower, and is considered one of the largest English language lending libraries in Europe. It was founded in 1920 and at that time the primary purpose was to send books to soldiers fighting in the trenches. The library hosts lively book groups, and an engaging event series

What to do in Paris
Must know French phrases for Tourists
Best budget restaurants in Paris
Cheapest hotels in Paris
Comments: 0

How to Get Around Paris Via Public Transportation

Do you need information on how to travel around Paris, how to use public transportation, or choosing the right bus or boat...