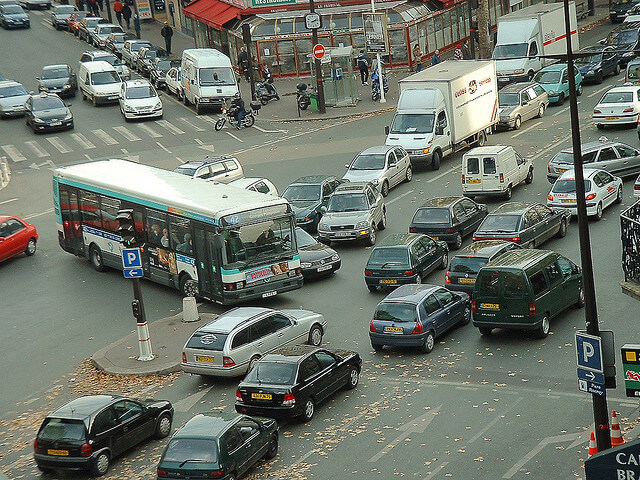 Authorities in Paris vowed to launch a series of measures that are aimed at quieting the noise around the French capital.

Should the City of Light be referred to as the City of Noise? Nearly 90 percent of Paris’ population feels the excessive noise is a concern.

Paris is not a city you would come to if you are seeking peace and quiet.

Ambulances scream through the streets, garbage trucks barreling and anxious motorists eager to honk their horns.

A european environment agency concluded that Europe’s noise pollution is so extreme that it is estimated to contribute to as many as 10,000 deaths a year.

The Council of Paris is launching measures in an effort to turn down the volume in Paris, where it is speculated that around 200,000 people are exposed to potentially hazardous levels of noise.

These measures are set to be implemented between 2015 and 2020, with a reduction in the speed limits in certain streets, cutting back on the number of streets that trucks can use, and adding anti-noise coating to the Paris ring road .The coating would help reduce the noise by three decibels, which is the equivalent of 50 percent less traffic.

Additionally these measures would launch an awareness campaign to educate drivers how to use their horns more sparingly.

If you are planning a stay in Paris, you may want to consider a a short term apartment rental. These...