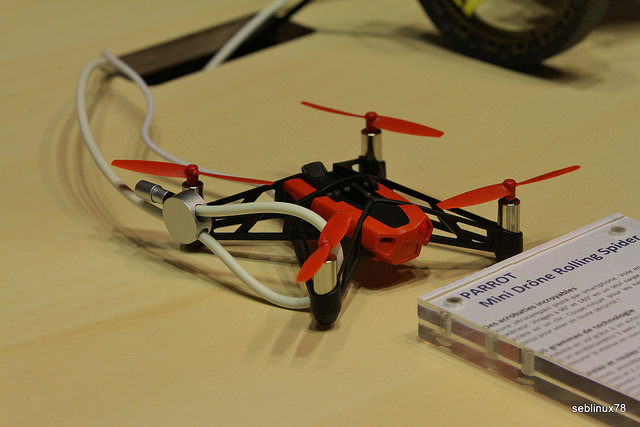 Three journalists were arrested for illegally flying a drone that has been seen over famous landmarks in the French capital.

In a tweet the journalists stated they were filming a report about the city’s mystery drones. However the journalists were arrested Wednesday afternoon after a drone was seen flying over the Bois de Boulogne woods in the western part of Paris.

Operating a drone without a license is illegal and carries a maximum one year in prison and an $85,000 fine. At this time, there’s no link between the arrests and the other drones that have been seen flying over Paris.

Five drones have been sighted near the Place de la Concorde, Les Invalides and the Eiffel Tower on Tuesday early Wednesday morning. Authorities are trying to figure out who has been operating the drones however no substantial leads have.

While at this time the drones do not pose a threat to national security, they are a hazard if they were to crash into a pedestrian.

It was reported the drones seen Wednesday morning did not appear to be a sophisticated style of and were more than likely copy cats adding more fuel to the curious flights the day before. These mystery flights have many Parisians uneasy due to the deadly terrorist attacks earlier in the capital.

Speculation by authorities feels the flights of the drones are an attempt to taunt authorities and instill fear in local residents.